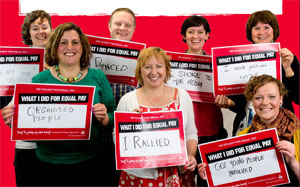 Since 2012, workers in the SACS industry have received two pay increases a year and will continue to receive these increases until 2020. This is thanks to the historic ASU Equal Pay campaign.

The July increase comes from the Minimum Wage decision, which the Fair Work Commission handed down today. Every year, unions appear in the Fair Work Commission during the Minimum Wage case and argue for decent pay rises for workers to meet rising costs and to protect living standards. The December increase comes from the ASU Equal pay campaign and addresses historical gender based undervaluation in the SACS industry.

These pay increases were fought for and won by union members! We will be publishing the new rates of pay which will apply from 1 July 2015 in the next week.

Note: these pay increases apply to the Modern Award. If you are employed on an enterprise agreement, your increase may be different. Union members can contact the union if they require further information on 02 9310 4000. 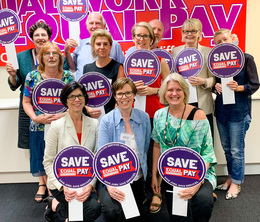