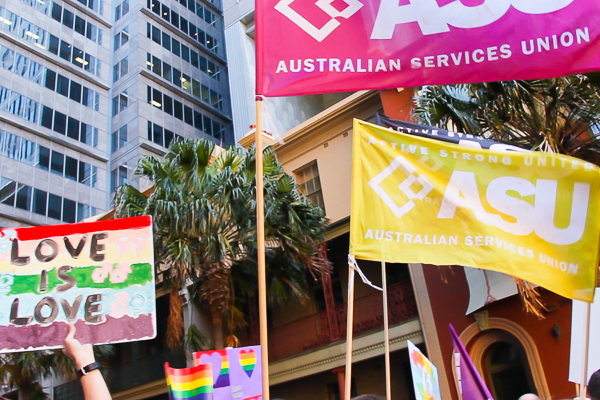 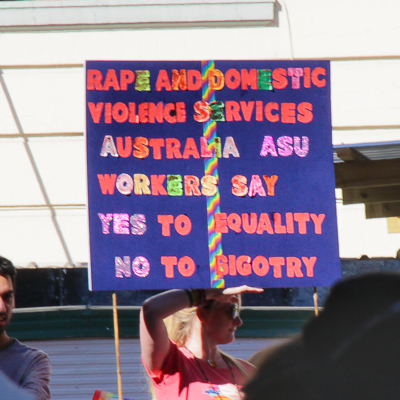 People of all ages and backgrounds filled Town Hall Square and spilled out onto George street to listen to speeches from Tim Blackman, Sally McManus, Tanya Plibersek, Bill Shorten and Sally Rugg, before marching to Customs House to the chants of “Gay, straight, black or white, marriage is a civil right”

ASU members from across Sydney were there to stand up and fight to win equality. We are proud to be supporting the YES campaign, and it’s fantastic to see so many others supporting it too.

Want to do more? Find out ways you can help the YES campaign here.