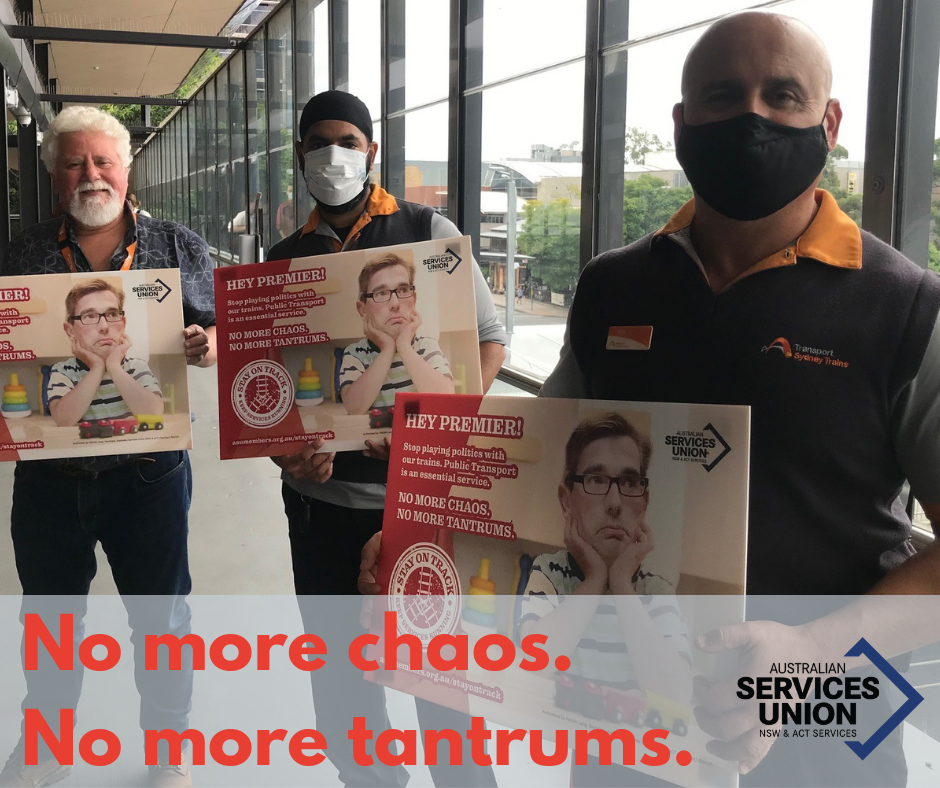 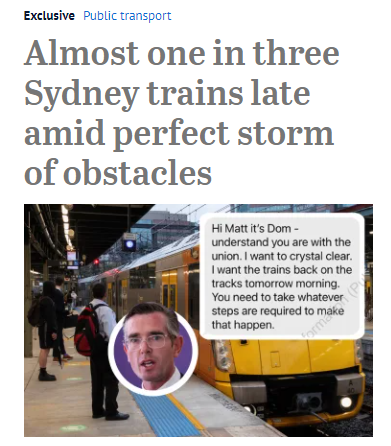 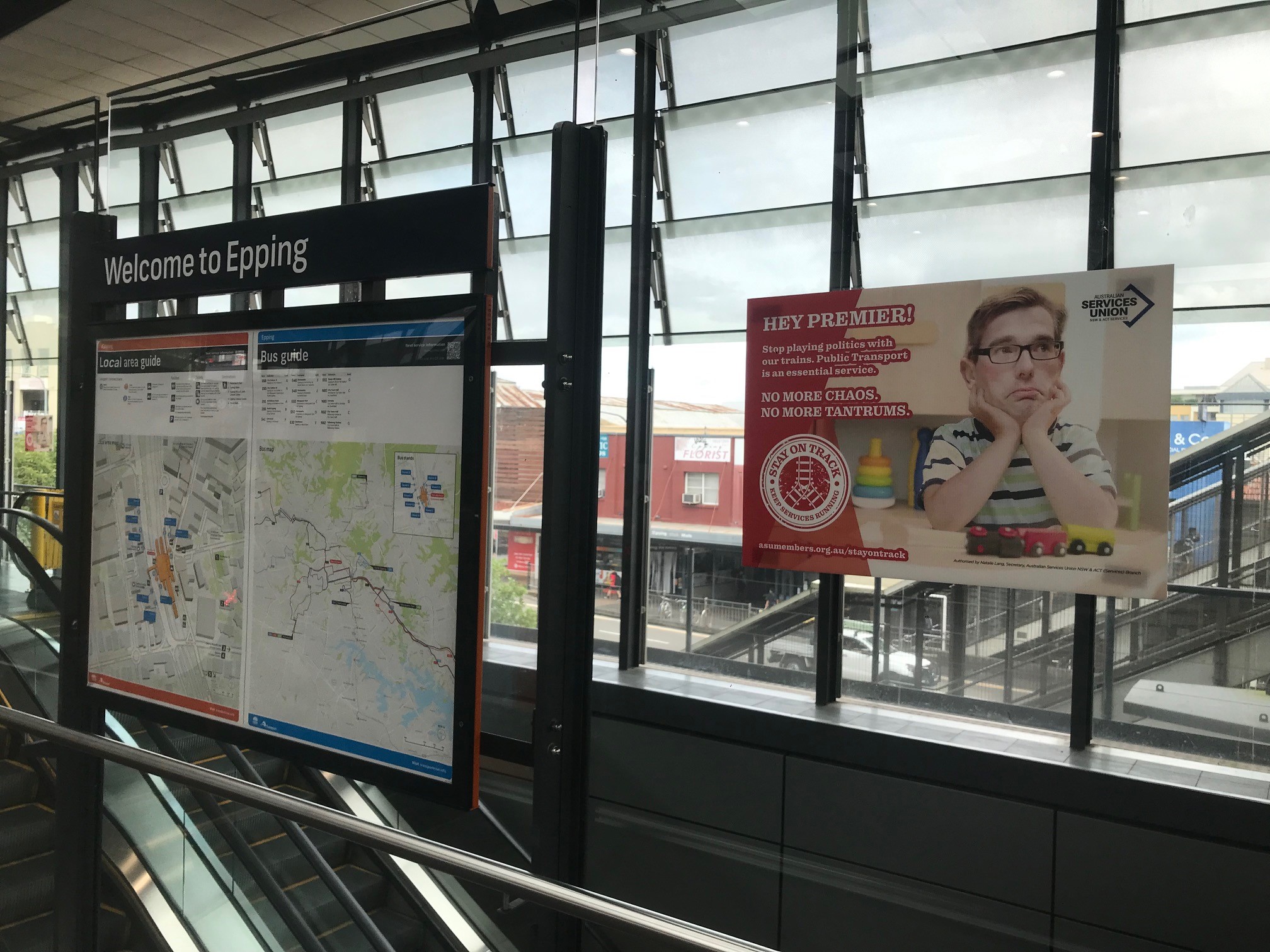 ASU members are putting up posters (like the one pictured above!) across the network, reminding commuters that the chaos on the rail network is a direct result of the Government's failures.

Premier Perrottet and his Transport Minister have the power to fix this now - all we're asking for is a fair pay rise and respect at work.

Read more about our campaign to stop the tantrums and end the chaos.