This week the Federal Government was meant to be delivering the federal budget. That's now been delayed until October. While parliament has been shut down, our essential work has continued. Before the pandemic we were planning to go to Canberra to tell politicians about the important work of community workers. To tell them they must continue funding our vital sector. Now more than ever our work is needed. Through the bushfires and now the pandemic, community workers are essential in recovery. We cannot let this government cut $500 million from our sector. We must #SaveEqualPay

Posted by Australian Services Union NSW & ACT on Tuesday, May 12, 2020

In 2012 ASU members won 23% to 45% pay rises. The Fair Work Commission ordered that Equal Pay increases on the Social, Community, Home Care and Disability Services Award (SCHADS Award) wages be phased in over eight years – with the final instalment in December 2020.

These increases were won because of a long campaign by ASU members.

The Fair Work Commission agreed with us that:

Not only did we win the argument in the Fair Work Commission, we also won billions of dollars in state and federal government funding to cover the costs of these wage increases.

It was a historic victory for all workers in our sector – thanks to union members. 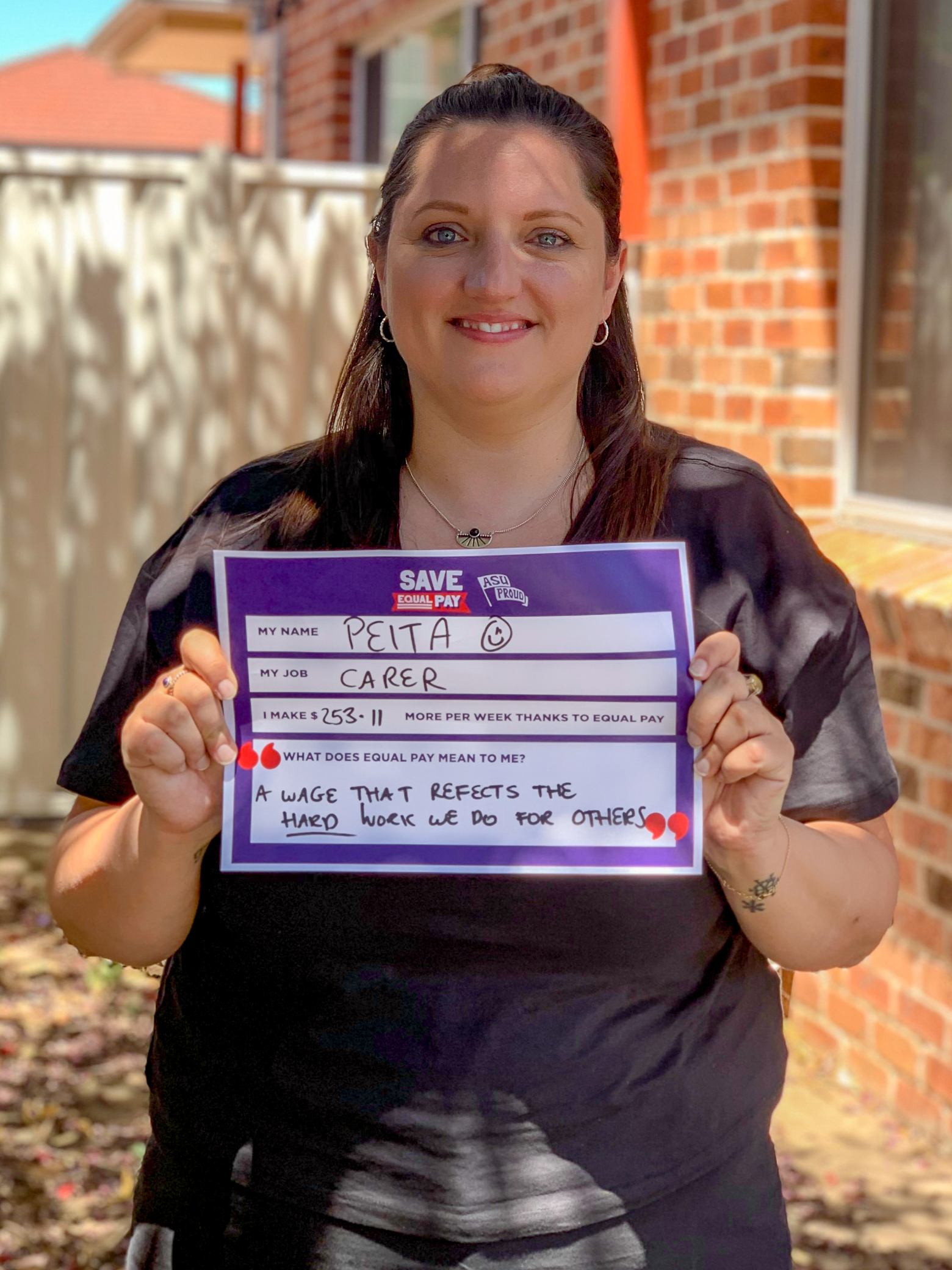 What does ASU Equal Pay mean for you?

Twice every year since 2012 our rates of pay in the community and disability sector have increased.

Here’s how Equal Pay has made a difference to three members’ weekly pay. 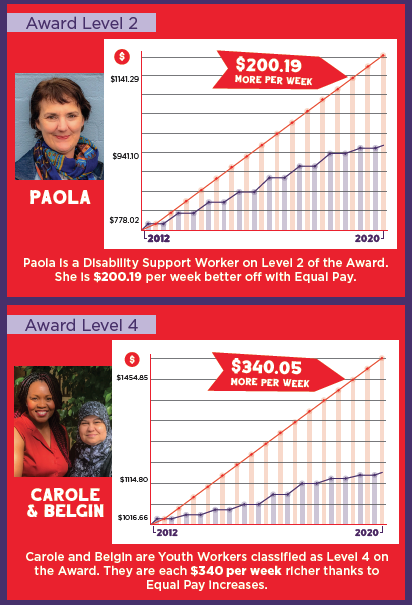 Equal Pay is under threat

The increases awarded by the Fair Work Commission in our Equal Pay case are the legal minimum rates of pay.

By law, you cannot be paid less.

When ASU members won Equal Pay, state and federal governments set aside special funds to cover our new higher rates of pay. This guaranteed funding until 2020.

Now it’s clear that many government departments have not budgeted to lift the funding of programs into the future.

If Equal Pay is not funded, jobs and services will be under threat.

We fought to win Equal Pay, we will fight to protect it. 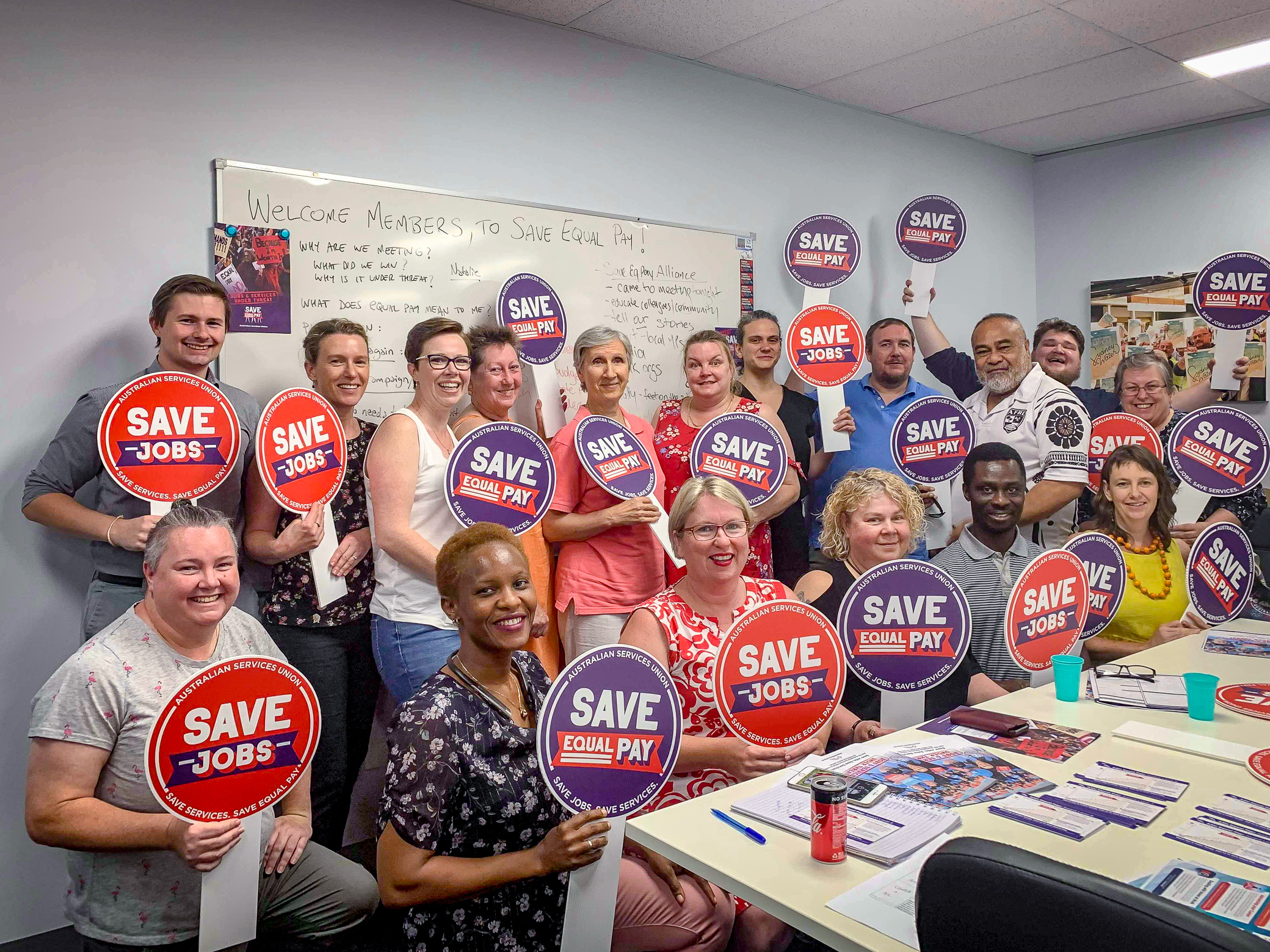 Help save jobs and services

Join the campaign to save Equal Pay.

It was only when workers joined together in 2012 that we won Equal Pay. We can do it again. Join us now to save Equal Pay.

2. Pass a resolution in your workplace committing to be part of the campaign

3. Take action in your local community in support of the campaign to save services, save jobs and save Equal Pay!