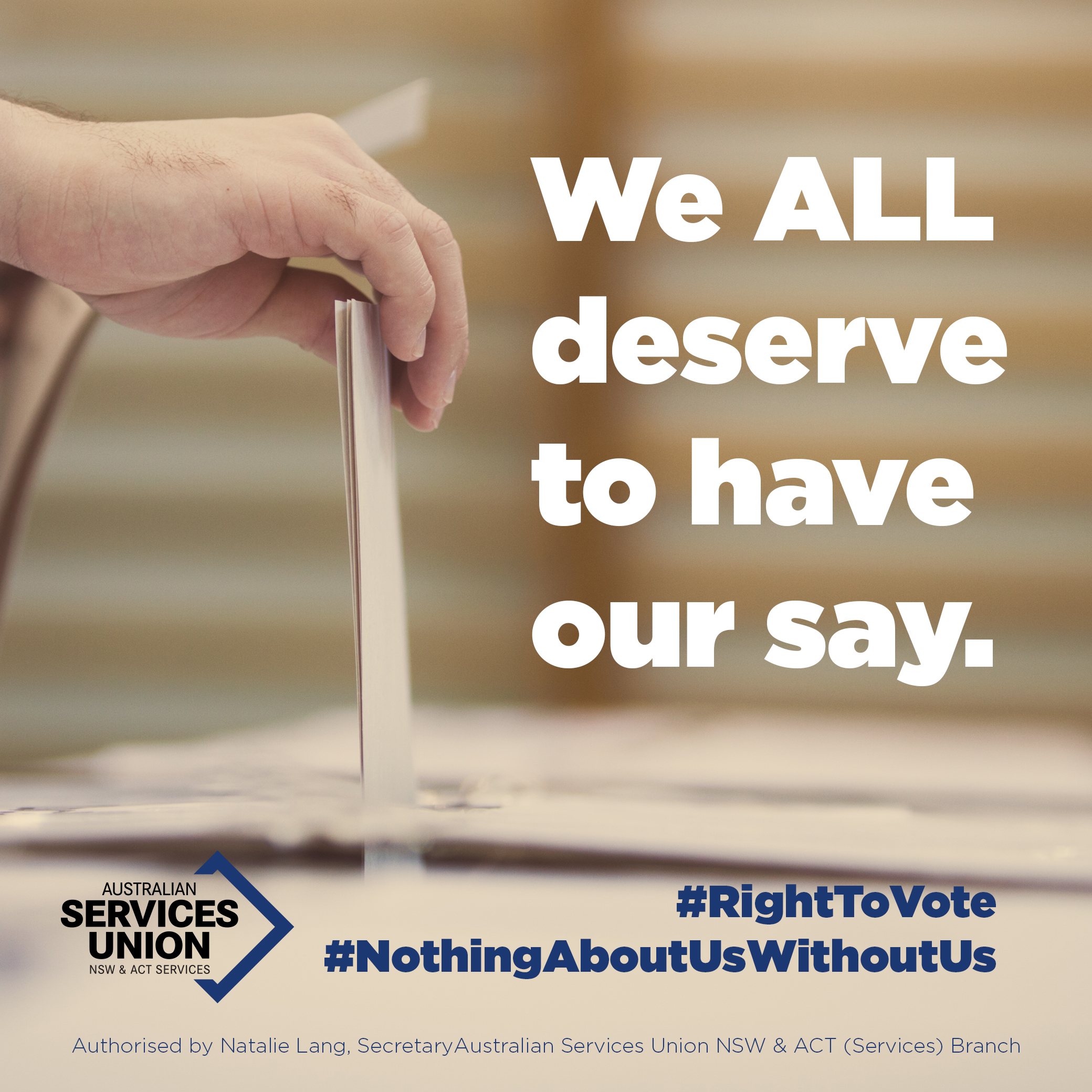 This reform is long overdue. For nearly eight years, successive Prime Ministers have consistently failed to act on the Australian Law Reform Commission’s (ALRC) 2014 ‘Equality, Capacity and Disability in Commonwealth Laws’ report, This report called for section 93(8) of the Electoral Act to be amended to:

Australian laws must recognise that people with disability enjoy the right to vote on an equal basis with their fellow Australians.

We have joined with more than 65 organisations and experts to call out discriminatory laws that prevent people with #disability from exercising their #RightToVote.

Every person should have the right to have their say in the election. pic.twitter.com/3T7DY6n6cw