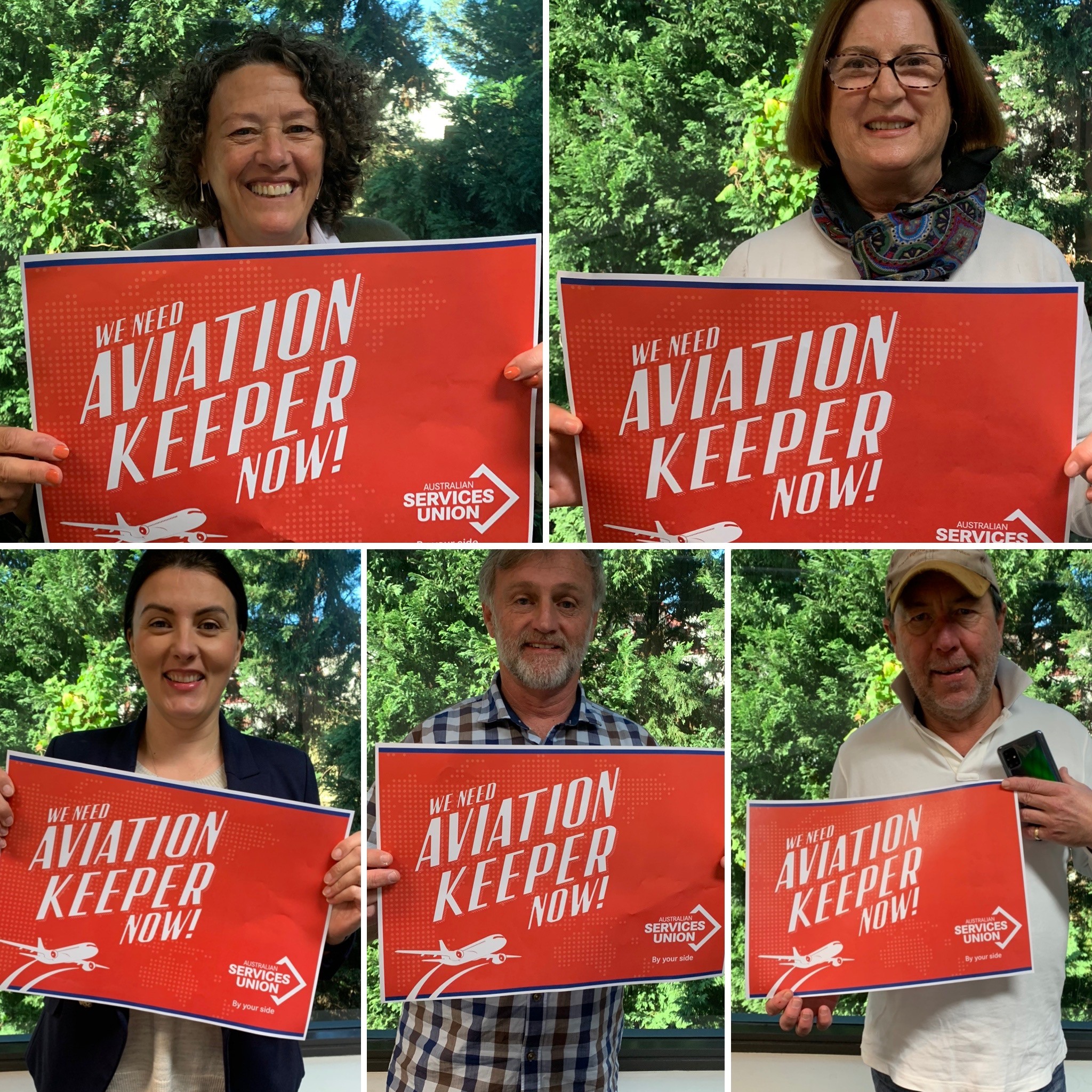 As previously reported we believe that Qantas has been stealing penalty rates by counting them against the wrong JobKeeper top-up. This means workers lose money when they work one pay period but don’t work the next. This week your ASU took the Qantas to the Fair Work Commission to test whether or not this is fair. This follows recent updates from the ATO about paying monthly employees.

We say Qantas can fix the penalty rates problem by changing the way it tops up your pay. It can treat penalty rates earned in the second week of a pay period (and paid on the next pay day) as counting towards JobKeeper in the pay period they were earned. This means you would get your all your pay for the fortnight you worked, and JobKeeper when you aren’t working.

The Fair Work Commission has recommended that Qantas consider an ASU proposal for a fairer way to pay penalty rates during JobKeeper.

This example shows what we mean.

We’ve written to Qantas asking for urgent discussions about our proposal. We’ve asked them to meet with us asap, because we don’t think you should have to wait any longer to be paid fairly. We think that Qantas management will meet with us next week – that doesn’t mean they will agree.

We’ve told Qantas that if they won’t do the right thing on Jobkeeper, we may need to take this matter to the Federal Court.

We need job keeper to continue 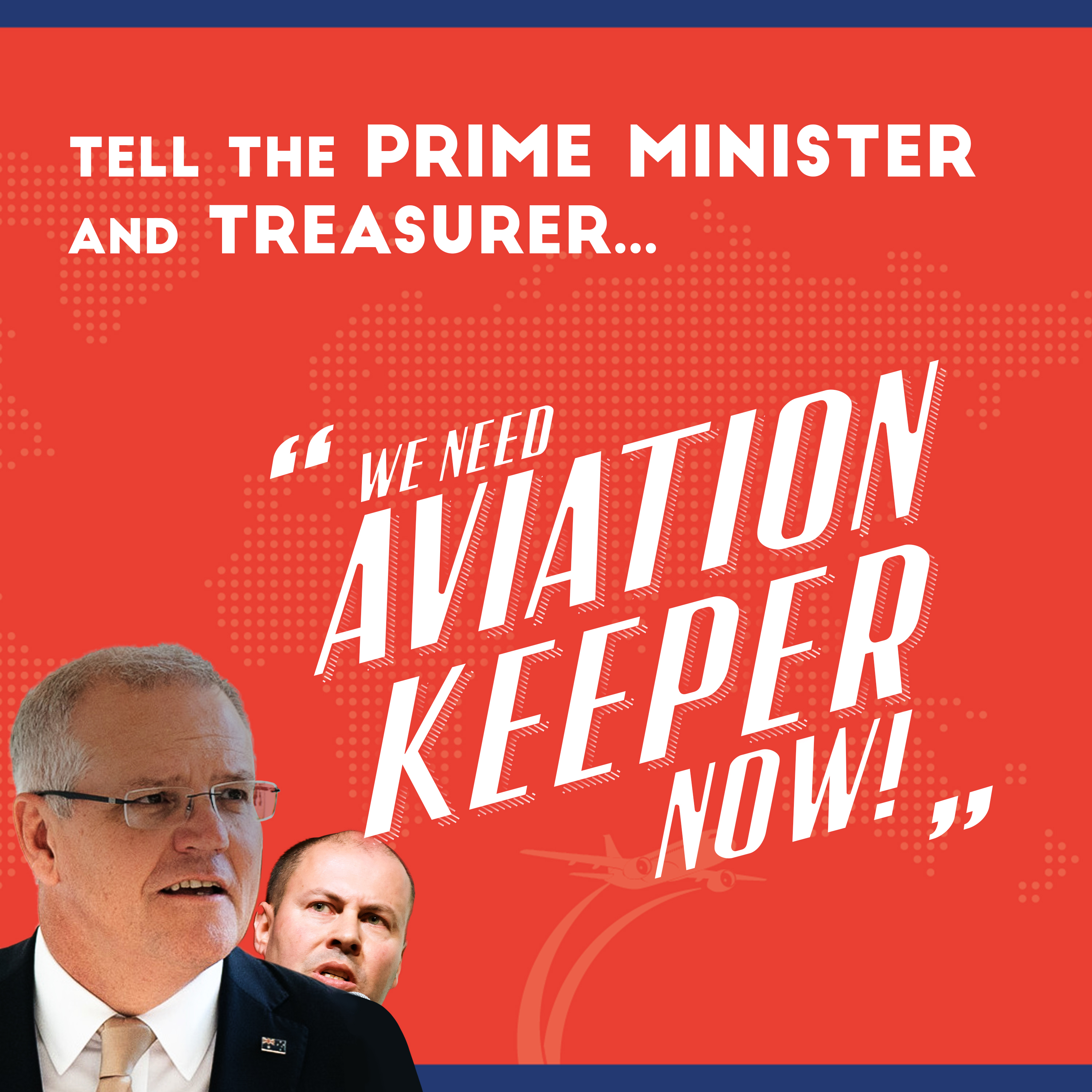 It is absolutely imperative that Jobkeeper continues past September 2020. That is why we have been campaigning to put pressure on the federal government to come clean with what their plans are. The Government is only adding to the uncertainty by not extending this program.

Of course we want this scheme to continue for the aviation industry and that is why this week the ASU and TWU have placed full-page advertisements in The Australian and the Australian Financial Review calling on the government to announce a package for aviation that includes continuing JobKeeper. We have also written to Scott Morrison along with a number of other aviation unions and aviation companies asking for this support and we have launched a significant social media campaign. 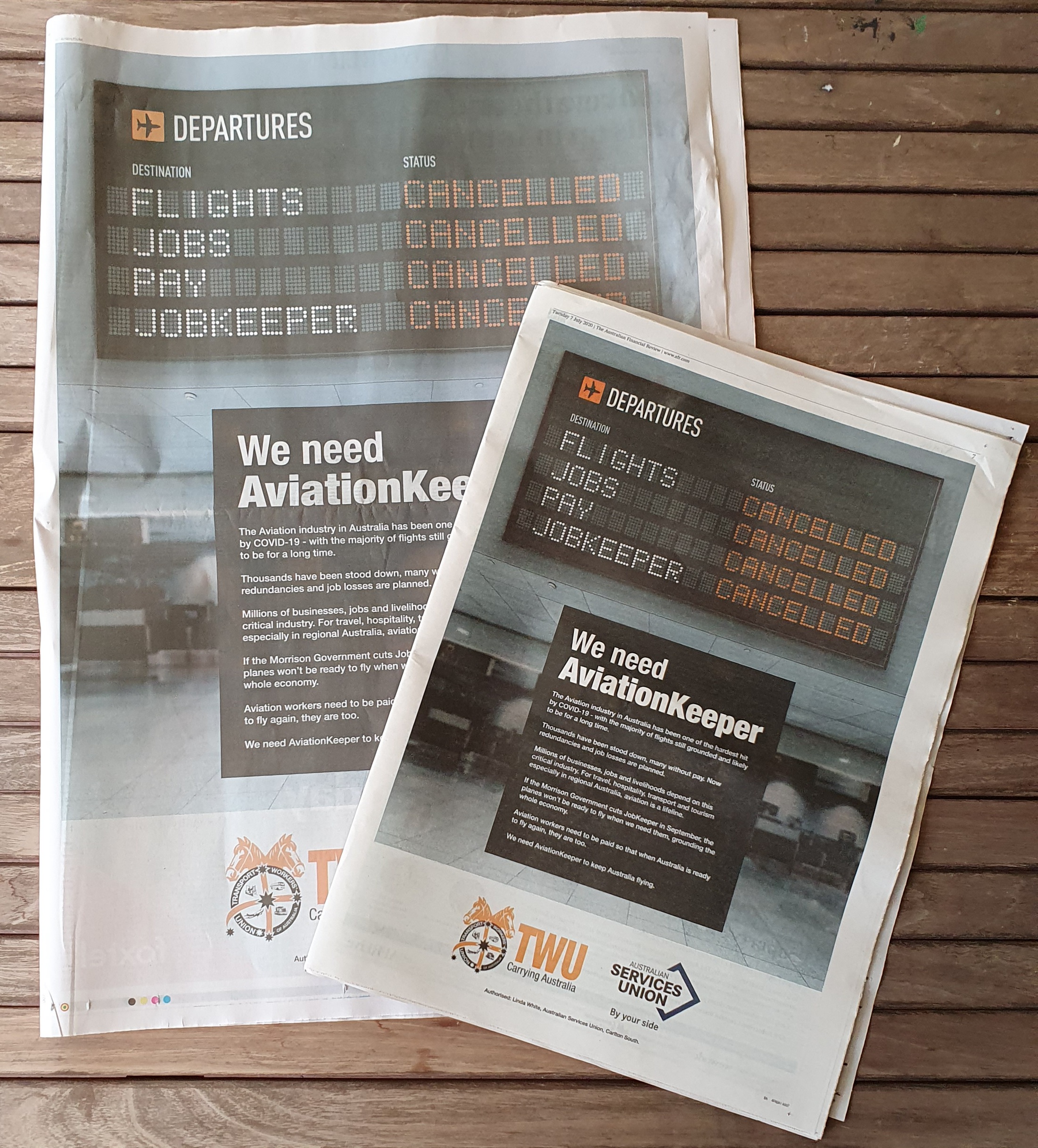 For more information on our campaign – check out www.aviationkeeper.com -- sign our petition, ring or email your local member of parliament and share our recent opinion piece from the Daily Telegraph and the Courier-Mail. Aviation is important to Australia we deserve the government’s continued support.