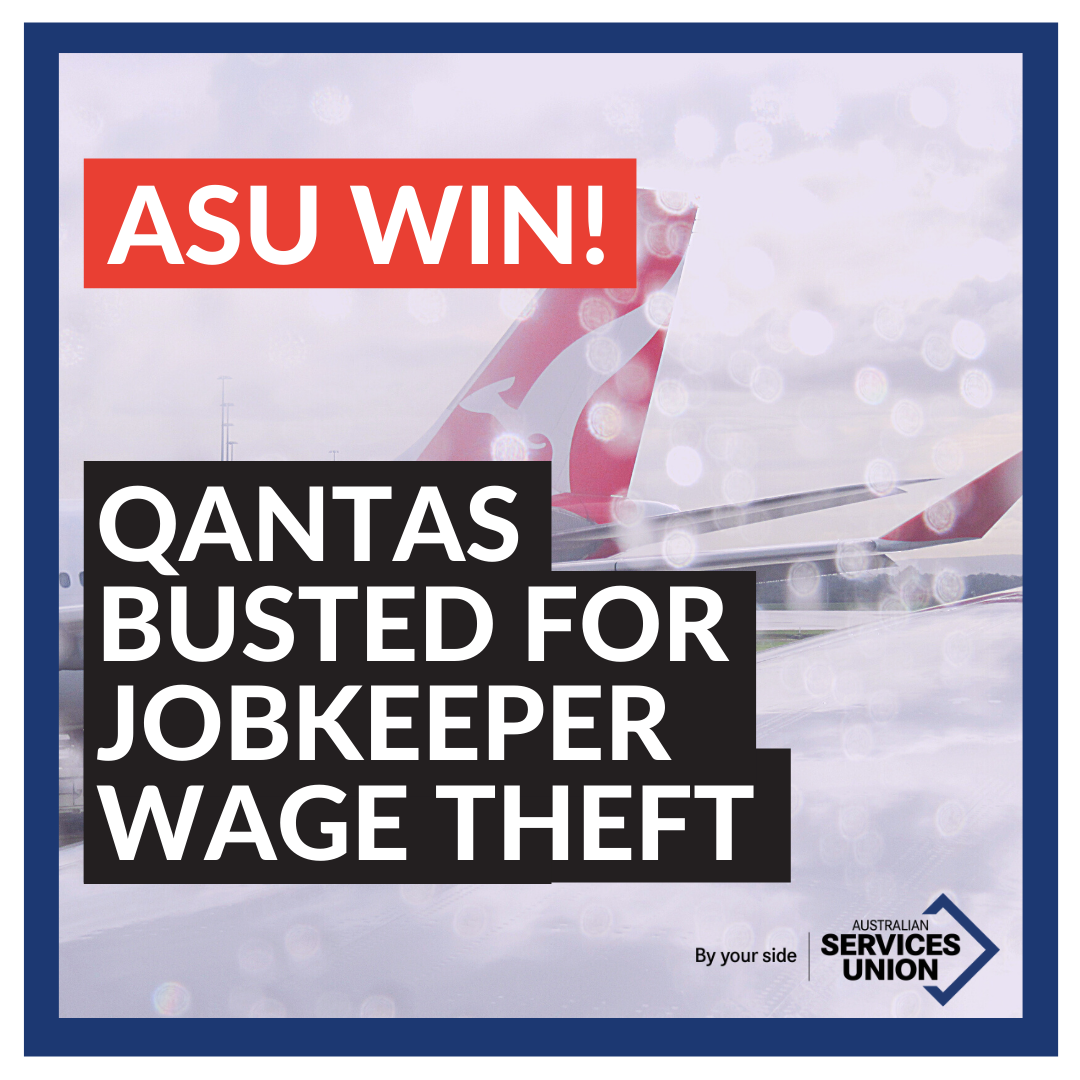 The Federal Court ruled that Qantas misinterpreted the Fair Work Act when calculating JobKeeper payments. This is a landmark win for union members at Qantas.

The ASU brought the case after Qantas short-changed employees over penalty rates earned on the Easter Long Weekend. Qantas minimised the amounts paid to employees by counting penalties paid on a later payday towards the $1500 JobKeeper payment for that later fortnight.

“Qantas have a legal and moral responsibility to pay workers their penalties, but it used tricky legal maneuvers to dodge that responsibility.”