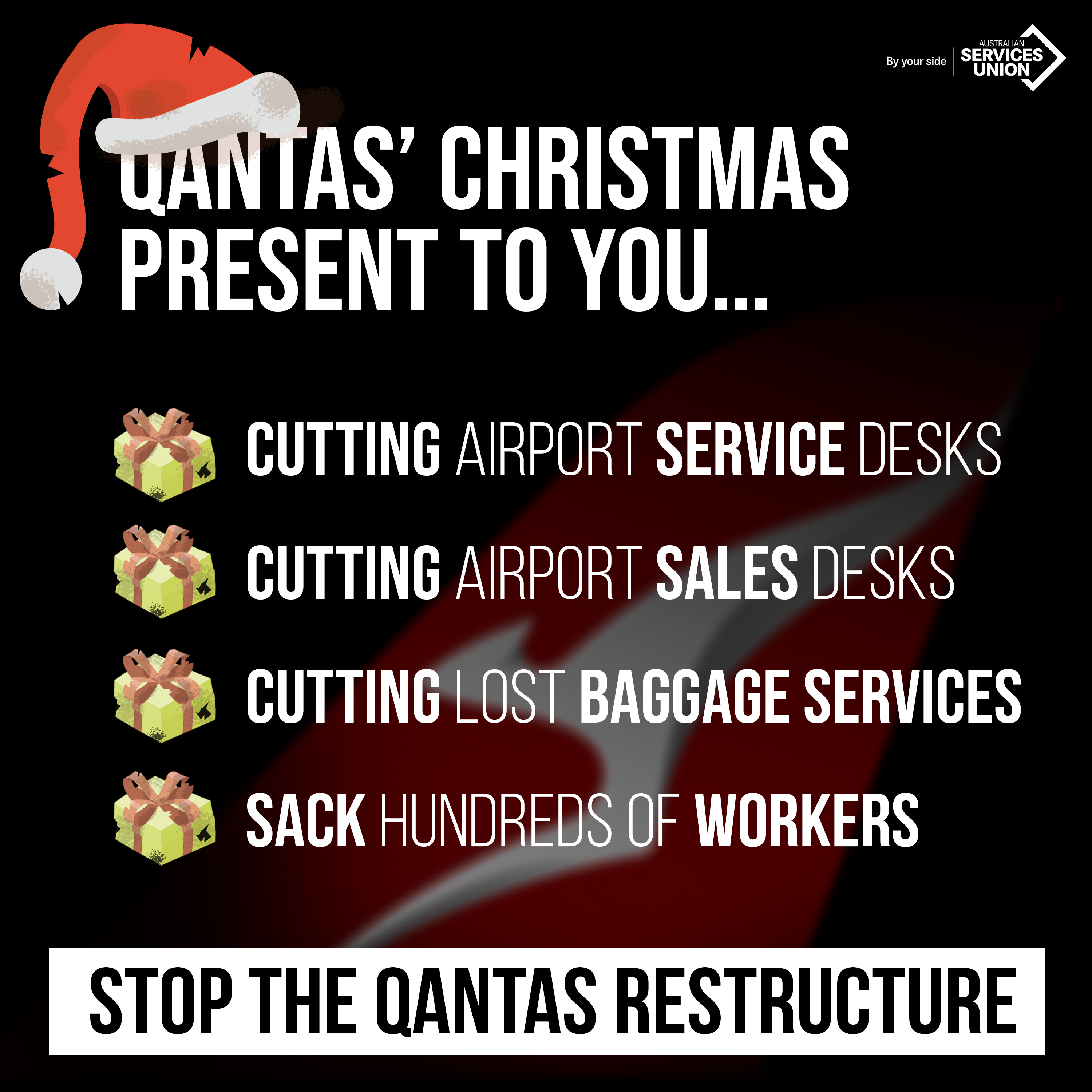 Assistant National Secretary Emeline Gaske said it was a bitter pill to swallow for workers who have been managing on little to no pay for months but have stuck by Qantas.

“Workers feel betrayed – they were asked to stand by the company in tough times and just as there’s a glimmer of hope with borders re-opening they’re being thrown out on the street,” she said.

She said the move would create a nightmare for passengers travelling for Christmas to see family, when the Victorian border opens to other states including New South Wales.

“They’re abolishing the sales desk and the service desk including for premium and frequent flyers, meaning everything will be self service and if you have a problem – you’re on your own.

“Travellers will be forced to do everything themselves online, even if there are cancellations or delays where previously people have been able to ask a person to help.

“The kicker is cutting lost baggage services – if your bag is missing there will be no one at the airport dedicated to help.

“If you’re at the airport and your bag is missing you will have to call a contact centre in Hobart. By the time your bag is found, it could be on the other side of the country – if they find it at all.

“This is a huge problem for all passengers but especially for those needing a little extra help such as infrequent travellers, older Australians and people with a disability.”

Ms Gaske said Qantas simply didn’t have the technology to replace these workers who play a very hands on role with passengers which is why a trial of the proposal was abandoned in February.

“They’re reheating this proposal at the worst possible time – during a pandemic, in a busy holiday season, as borders are starting to re-open. It’s a recipe for disaster.

“Whatever can be put online without massive disruption to passengers has already been done. What they’re removing now is the ‘last resort’ customer service people need when all else fails.

“These are absolutely essential workers and without them, travel is going to be a very tricky experience for passengers.

“Qantas workers have been through enough this year without these hare-brained schemes from management to save money but reduce service.

“They haven’t done any risk assessments and we are concerned they are putting our members in harms’ way by reducing service at what is already a busy and stressful time in airports, and have no plan for dealing with angry customers.”