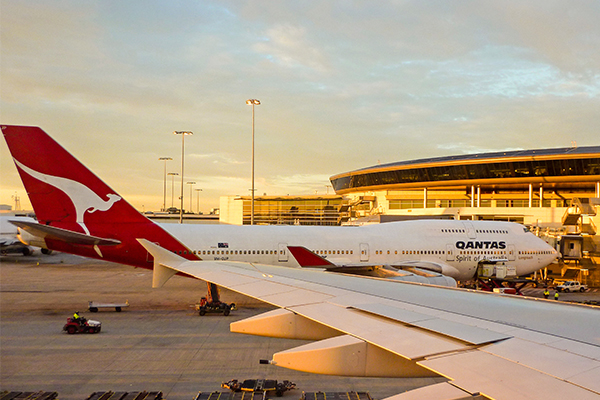 The agreement will meet union demands that Qantas consult with the ASU and the workforce before implementing plans to reduce the number of full-time Qantas staff at the terminal by a third and move towards more part-time employment.

The proposed job losses are among the first steps in Qantas’s plans to axe 5000 staff as part of a plan to cut the carrier’s costs by $2 billion.

Today’s deal may also lay down a template for further job cuts.

Qantas solicitor Helen McKenzie said the agreement had been reached orally last night, but the ASU had not initially accepted all the wording of an email the airline sent the union last night outlining what Qantas thought had been agreed. Those remaining difficulties had been ironed out this morning.

“We are now in agreement,” Ms McKenzie told the commission, saying that Qantas had agreed to union demands that there would be “a genuine opportunity for consultation” with the ASU before “the release of employees”.

The airline has called for expressions of interests from its nearly 300 customer service staff at the international terminal in Sydney, asking if they would be prepared to volunteer to take redundancy or move from full-time to part-time employment.

Qantas had set March 21 as the deadline for employees to respond to the call, and said it would then go straight into voluntary or forced redundancies from March 31.

Under the agreement, no staff will go before April 14, allowing the opportunity for consultations, Ms McKenzie told the commission.

The barrister representing the ASU, Tony Slevin, confirmed to Commissioner Ian Cambridge that the agreement had been reached, and also said the union would withdraw its advice to members to not participate in the expressions of interest initiative.

Mr Cambridge said he was “not going to be troubled” by any legal impediments to formally approving the settlement.

“If you have found a pathway forward I am prepared to waive any requirements with respect to the rules,” he said.

Mr Cambridge, who at an earlier hearing urged Qantas and all unions to work towards a “big picture” agreement to cover how the airline would deal with its massive restructuring plan, praised “the degree of cooperation we are seeing at the moment”.

ASU NSW secretary Sally McManus told The Australian after the hearing that Qantas had also adequately met the ASU’s demand to provide more information on its plans to reduce staff, at a meeting yesterday, although she said “in terms of Sydney international terminal, they say they don’t have a plan”.

She said the agreement achieved most of the ASU’s short-term objectives in providing an orderly and dignified process for Qantas employees to deal with their futures, although the primary concern remained the prospect of massive job cuts.

“Our issue was that they were just going to go ahead and implement people losing their jobs,” Ms McManus said.

She said the agreement would now allow the possibility for the union to negotiate alternatives to outright forced redundancies, such as job sharing and unpaid leave.

Ms McManus said the union movement hoped this agreement would form the template which would apply throughout Qantas’s restructuring.

She also said a concern was “what’s life going to be like for the people that stay?”