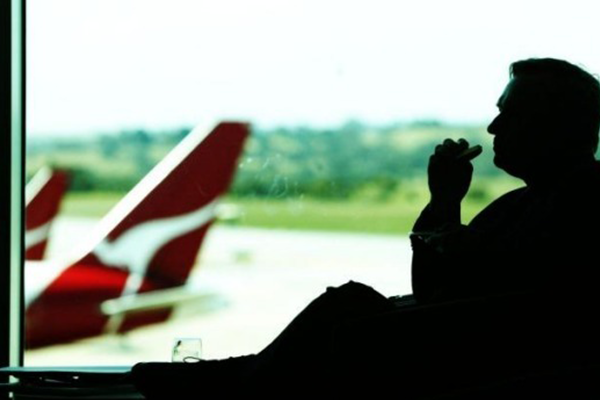 Under the plans, Qantas' operation in Hobart will become the "premium service call centre", taking calls from frequent-flyer holders who are deemed "silver" or a higher status, as well as chairman's lounge members.

Qantas plans for its Auckland call centre to hire up to 50 extra staff as it becomes a "multi-channel service centre which will handle more transactional, high-volume customer servicing requirements".

In a letter to the union, Qantas' industrial relations chief, Sue Bussell, said fewer employees than expected had chosen to relocate to Hobart from its call centres in Brisbane and Melbourne.

But the ASU described as a "very lame excuse" the Qantas' claim that not enough of the existing 500 staff at the Brisbane and Melbourne call centres were willing to move to Tasmania.

"This justification is pretty hard to understand when we know that over 450 Tasmanians have applied to work at the Hobart call centre already," the union said.

"This just seems to us to be Qantas rolling out the strategy they had all along. Australians, and in particular Tasmanians, should be very angry at this decision to shift these jobs to Auckland."

The airline announced in May that it will close its call centre in Melbourne by the middle of next year, and the Brisbane facility in 2016.

Staff at the two centres on the mainland have been given a choice of taking a redundancy, relocating to the Hobart facility or to other roles within the company.

The airline is hiring about 70 extra full and part-time staff at the call centre in Hobart, which will boost the total workforce there to almost 300.

The union said the latest decision meant Qantas would have more than 1250 jobs in call centres in New Zealand, the Philippines, China and Japan.

Union officials will meet Qantas executives on Tuesday to discuss the latest plans.

The airline announced in February plans to axe 5000 jobs as part of efforts to strip out $2 billion in costs over three years. As of last month, it was half way through the job cull.

It will go part way to replacing the capacity on the route when Jetstar's A320 services from Brisbane to the resort island in the Whitsundays stop next month.