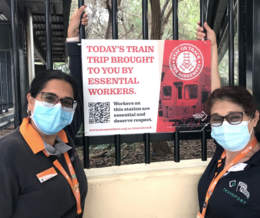 The entire NSW Rail Network was officially shut down on December 20. 13,000 rail workers - and ASU members - walked off the job. The NSW Government is refusing workers' reasonable claims for safety and won't rule out privatisation. This has left workers with no choice but to strike, again.

Come Work With Us 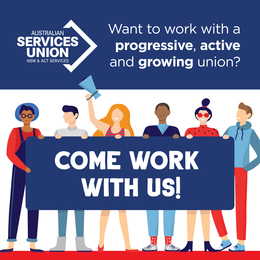 The Australian Services Union NSW & ACT (Services) Branch is a progressive, active and growing union. We are committed to organising members to grow their union and win campaigns that make a real difference for workers and contribute to a fairer society. Examples of this include the landmark ASU Equal Pay campaign that won Equal Pay increases of between 23 and 45% for thousands of community and disability workers across Australia and the We Won’t Wait campaign for 10 days paid domestic violence leave for all workers. 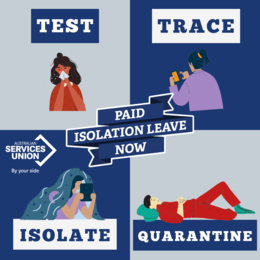 Community and Disability Service Providers in NSW or the ACT who are providing paid isolation support for workers exposed to the virus at work (without having to use your annual or personal leave!): 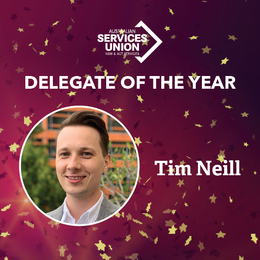 We are proud to announce that the Delegate of the Year 2021 is Tim Neill! 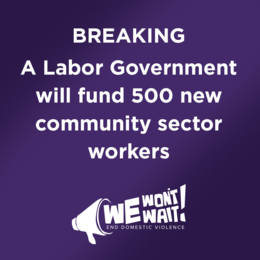 ASU Members have been calling for action on domestic violence. We know domestic violence services are underfunded and understaffed. The current government has failed to take this seriously. Labor's announcement will make a difference. 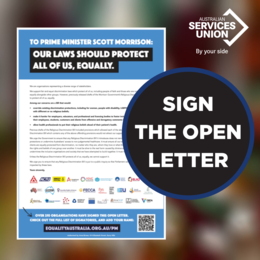 The ASU is a signatory to an Open Letter to the Prime Minister from Equality Australia regarding the Religious Discrimination Bill. 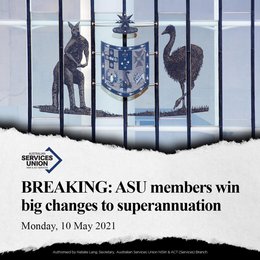 Superannuation will now be paid for every hour worked. ASU members have today won our campaign to scrap the $450 minimum earning threshold. This is a HUGE win for part-time workers and a step in the right direction to making super work for women. 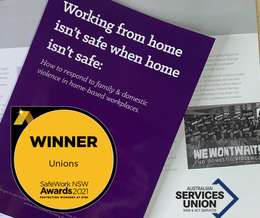 Today, the ASU won the SafeWork NSW Union Award for our work protecting workers during COVID.
We launched a workplace guide Working From Home When Home Isn't Safe to provide advice and support for workers experiencing domestic and family violence at home. 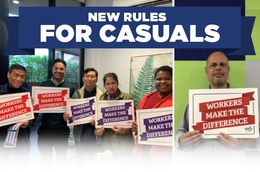 Changes have been made to the National Employment Standards (NES) that will impact casual workers in the community sector. These changes came into effect in September 2021. 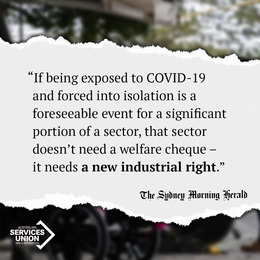 We are calling on the Federal Government to implement Paid Isolation Leave for all workers.

As the country begins to open up, if you need to isolate, quarantine, or cannot attend work because you or someone you care for is exposed to COVID-19, you should have Paid Isolation Leave.