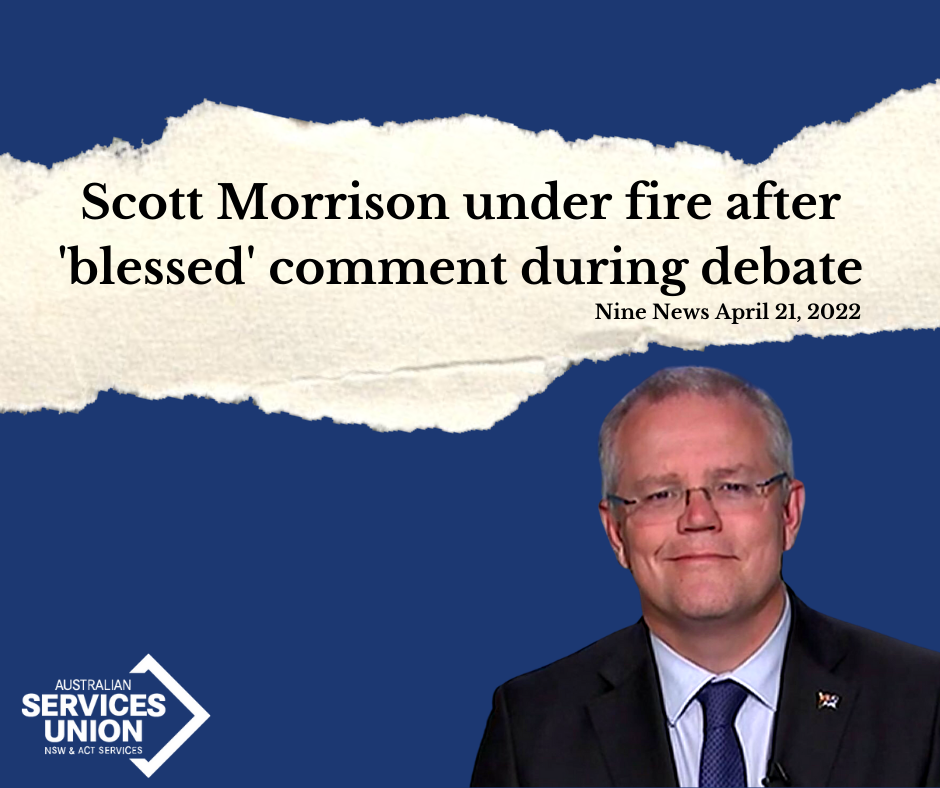 Former Australian of the Year Grace Tame – who is autistic said, “Autism blesses those of us who have it with the ability to spot fakes from a mile off.”

Autism blesses those of us who have it with the ability to spot fakes from a mile off pic.twitter.com/Ck41YcqAAq

"Prime Minister Scott Morrison has been blasted for saying he and his wife Jenny were 'blessed' to have two children who do not have disabilities…" #LeadersDebate #NDIS #DefendOurNDIS #AusPol https://t.co/XnjbytzT0K

Disabled people - our value is not determined by how our Prime Muppet speaks about us.

The world is blessed to have us.

(& we are blessed not to have Scott Morrison as our Dad.)

I am done with this government dismissing and disempowering disabled people. Together we are powerful, let's show Scott Morrison just how blessed we all are and kick his government out in 31 days time ✊ #VoteGreens #auspol

Woke up this morning feeling very blessed to be disabled - I reckon my parents are pretty happy about it too.

Feeling sorry for us and our families doesn’t help. Treating us equally, and giving us the choice and control over our own lives does

We need to defend and fix the #NDIS. Only an Albanese Labor Government will stop the cuts, stop the waste and return the NDIS to its original vision. #saveourndis #defendourndis #AusVotes22 https://t.co/nRPquLLGSg

The Australian: Grace Tame fires up over PM's blessed comments

The ABC: Labor criticises Scott Morrison for saying he is 'blessed' not to have children with disability during leaders' debate in Brisbane