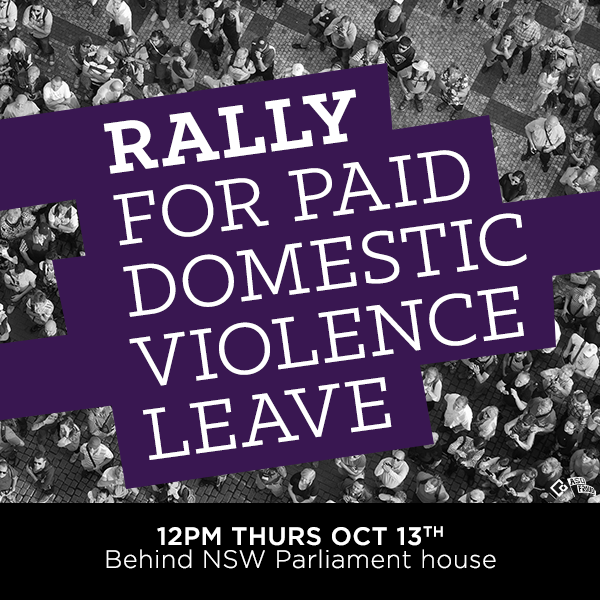 Frontline community workers and trade unions activists will today rally at State Parliament, calling on the Premier Mike Baird to support the inclusion of domestic violence leave in the National Employment Standards ahead of the Council of Australian Governments (COAG) Summit on Reducing Violence against Women and their Children in late October.

“On average, 184 incidents of domestic violence are reported in NSW every day. Yet there is no basic entitlement for a worker experiencing such violence to access leave,” said Mark Morey, Secretary of Unions NSW.

"Maintaining your financial independence by being able to keep your job means women have more choices and options when leaving domestic violence situations. To do this we need to ensure their job is secure.

"Our ask of the Premier is modest. We want him to champion the inclusion of domestic violence leave in the National Employment Standards and State Awards. This will both improve the workplace options for people leaving domestic violence situations while sending a strong message to Australian workplaces and workers,” Mr Morey said.

“We hope that no worker ever has to access domestic violence leave, but she must have the right if she needs to,” Ms Lang said.