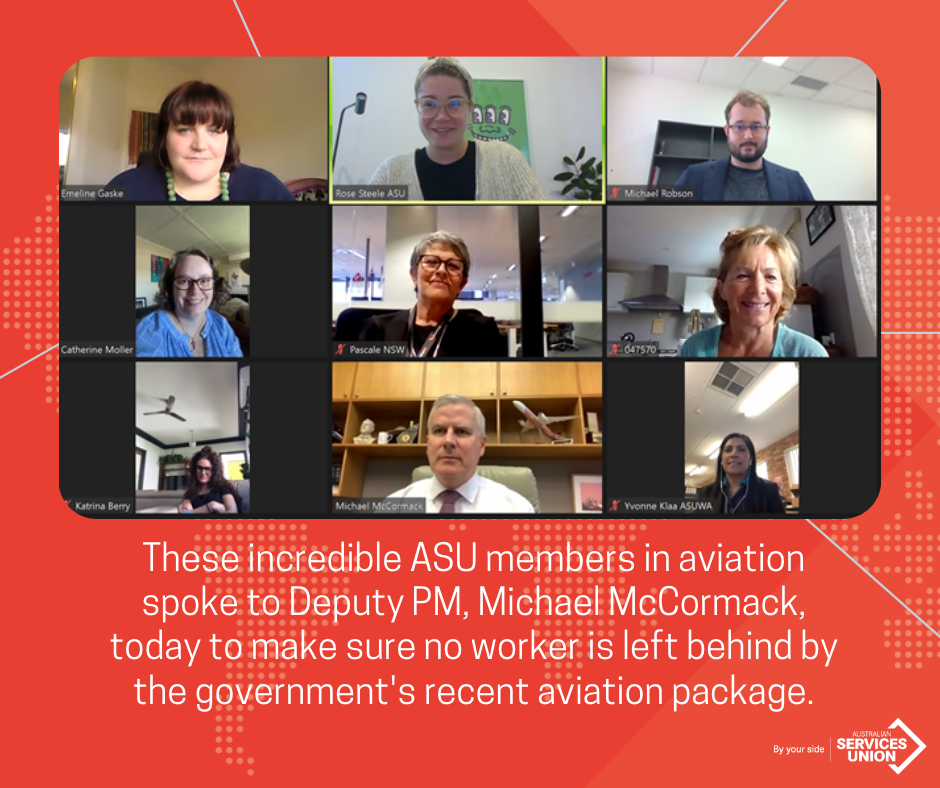 Yvonne, Pascale, Catherine and Katrina spoke up on behalf of every aviation worker across the country, and they did a fantastic job.

Sign this petition and let’s make sure they get the message – no airlines worker left behind.

Over the last 12 months aviation has been brutally impacted by COVID-19. Workers have drawn down savings, super and are still faced with uncertainty about the future. The Government’s recent support announcement isn’t enough. Too many workers will be left behind.

We asked the Deputy Prime Minister to end the uncertainty and ensure ALL aviation workers are supported.

Too many aviation industry employees remain stood down with little prospect of returning to their normal working patterns in the near future. By supporting some workers but not others, the Government is dividing the workforce into ‘the haves and the have-nots’.

At today's meeting we called for the extension of the international aviation support package to the following groups of workers:

Today Yvonne, Pascale, Catherine and Katrina told their stories and we’re asking you to tell the Government too. Can you email the Prime Minister Scott Morrison, Deputy Prime Minister Michael McCormack and Minister for Tourism Dan Tehan now?

Sign this petition and let’s make sure they get the message – no airlines worker left behind.