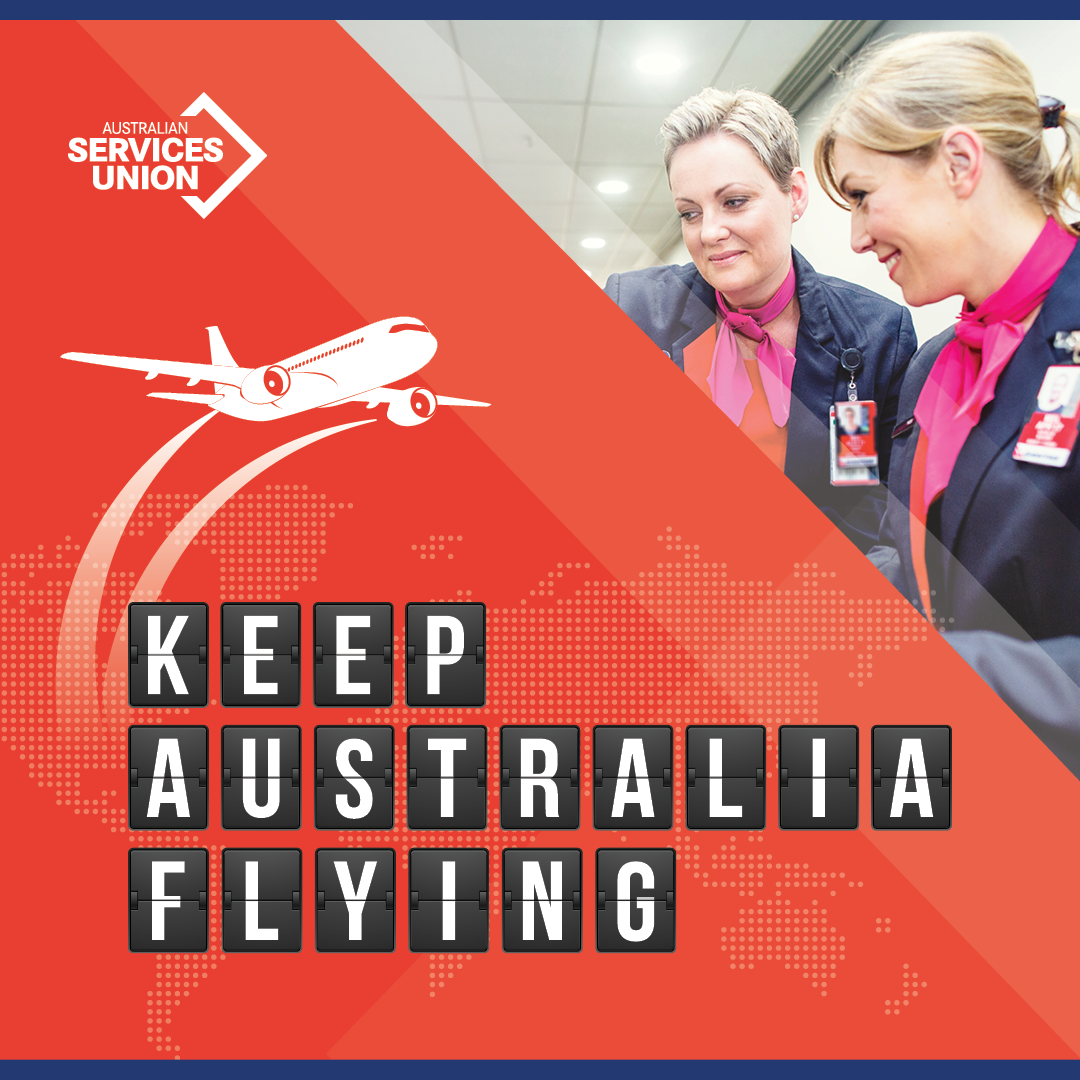 The Federal Government has announced its aviation industry support package and in doing so turned its back on thousands of airline workers across Australia.

The Government has announced it will not be extending JobKeeper, even in the industries that have been hit the hardest by the pandemic like airlines and tourism. ASU members went to Scott Morrison's office to tell him to #KeepAustraliaFlying.

Add your name to our petition here https://keepaustraliaflying.com/.

According to the Sydney Morning Herald, Peak Industry Group, Tourism & Transport Forum (TTF) chief executive Margy Osmond warned that if JobKeeper was not extended beyond March 300,000 jobs would be lost from the sector - on top of the 500,000 already gone due to COVID-19.

Flight Centre managing director Graham Turner said that 800,000 discount seats equated to around two weeks domestic passenger traffic in pre-COVID times and doubted it would do much to prevent further widespread job losses once JobKeeper finished.

ASU Assitant National Secretary Emeline Gaske said, “Without the connection to jobs, or putting money in the pockets of workers who need it, this is just corporate welfare.”

The Federal Government has turned its back on airline workers announcing it won't be extending JobKeeper.

We need ongoing support for workers to #KeepAustraliaFlying.

Every airline receiving taxpayer money must confirm it will all go to keeping workers employed.

Cheap flights won't pay the mortgages of thousands of airline workers about to lose their incomes when Job Keeper ends. https://t.co/NdF7YFY8Mt

The government is leaving thousands of airlines members without a lifeline as JobKeeper comes to an end, and the best they can do is a novelty plane ticket on breakfast television. https://t.co/O2AlH3SDZZ

We need the Federal Government to provide ongoing support to workers that keeps you connected to your employer so that when Australia is ready to fly again, our experienced and skilled airline workers are too.

The ASU is today demanding that every airline confirms that the taxpayer money they receive will go to their workers, and will be used to keep workers employed.