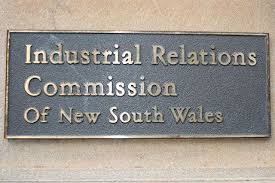 This was after the NSW Parliament voted against a wage freeze with NSW Treasury officials and economists warning against the NSW Liberal Government’s austerity agenda (see here and here).

Today’s decision is less than what workers need, and according to economists it’s not nearly enough to put the extra money needed back into our communities and economy.

It is disappointing that our water workers, nurses, teachers, police, and transport workers only get 0.3% when – at the height of the pandemic - the Fair Work Commission handed down a 1.75% payrise for other workers.

Secretary of Unions NSW Mark Morey said that, “Today is a kick in the guts to every public sector worker in NSW.”

The NSW Government had the chance to provide a fair wage increase that could kickstart the economy – but they wanted a wage cut.