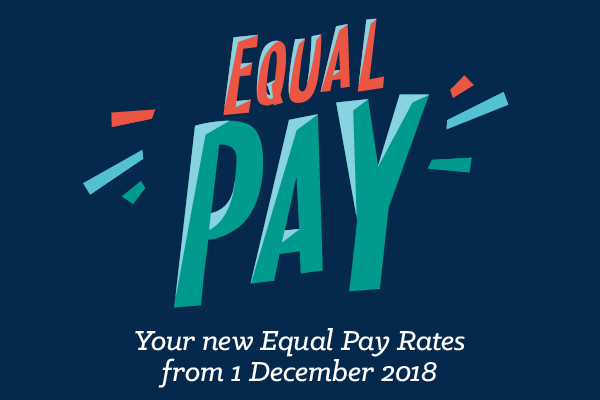 ASU Members in the Community and Disability Services Sector get a pay rise from 1 December 2018 because of our Equal Pay warriors who campaigned for decades and finally won in 2012.

Equal Pay was won back in 2012 after a long and hard-fought campaign by ASU members. In the end, we won pay increases of between 23 to 45% on the Award rates, in recognition that the work of this sector had not been properly valued. It goes to show that when we unite in Union, when we campaign together, we can win!

Equal Pay shows that when we’re united we can achieve the impossible.

That's why this year, we launched the Civil Society campaign, which builds on our victories and demands our sector remain properly funded.

Check out your new Equal Pay Rates in SCHCADS Award Wage Tables below.