David Briggs has worked at the NSW Council for Intellectual Disability for more than three years.  He is an Advocacy and Policy Officer in the NSW CID Campaigns team.

David describes his work as empowering others to find their voice and have a say on the issues that are important in their lives.

“I know what its like to do it tough and to have people write you off.  I also know what it can mean when someone believes in you and supports you to have a go.

I grew up in a violent family. When my mother escaped from that violence it meant that we moved house often and I changed schools a lot.

This was pretty challenging. I didn’t finish year seven at school and this meant that there were lots of things that I missed out on.

But I also think that my early life led me to develop a strong sense of social justice and a commitment to helping people if I could.

This is one of the reasons that I am so committed to being a workplace delegate for the ASU.  I have been a union member ever since I started work.  My parents were both union activists and delegates and my father in law is also a union delegate – so I have a proud family history and a very strong personal commitment to being union proud and active.

I really got my second chance at life through the public education system – through TAFE.

By the time I reached my early twenties, I knew that I needed to get an education and so I went to the local TAFE at Campbelltown.

The teachers at TAFE gave me support and mentoring.  They helped me to build my self-confidence and my skills  so that I was able to stay at TAFE and commit myself to completing courses there.

I completed a Certificate IV in Community Services at Campbelltown TAFE and then went to Nirimba TAFE to finish my Diploma in Community Welfare.

I moved from south west Sydney to the Hawkesbury area and completed the Pathway Program that allowed me to enrol in a Bachelor of Social Welfare at Charles Stuurt University.

I’ve now started my Master of Social Work Degree and I don’t see this as being the end of my education.”

So David – what are the issues that you are passionate about?

And what are the campaigns that you are working on at the moment?

"One of our most important campaigns is the Deadly Disability Discrimination health campaign – did you know that people with an intellectual disability die on average 27 years younger than the general population because of undiagnosed health problems?

This is why the work we do at NSW CID is so important – we are empowering people with intellectual disability to have a voice, we work with people to engage politically and find their voice.

This means that, for example,  we mentor and support people with intellectual disability to participate in parliamentary and other Inquires, so they have the confidence and the skill to advocate for themselves on issues around their rights.

The Don’t Silence Us campaign as part of the Stand By Me campaign is our most recent success story.

This has been a campaign for sustainable funding and for the right to advocate.  These are both really important issues in the ASU Civil Society Campaign too.

NSW CID was one of the many organisations that campaigned with the ASU for the establishment of the NDIS.  What no one counted on was state governments handing over all of their disability funding to the federal government as part of the process.

This meant that in NSW the current state government announced that there would be no more funds for disability advocacy services.

We consulted our members on what they wanted us to do.  The answer was very simple – FIGHT THE CUTS!!!

We formed an alliance with other disability advocacy groups around the state – both regional and metropolitan organisations joined together in the Disability Alliance and we developed the Stand By Me campaign.

The campaigns were launched in mid-2017 as a multi-faceted campaign squarely targeted at the NSW State Government, calling for the reinstatement of funding of disability advocacy organisations.

We collected 45,000 signatures on petitions and held community rallies everywhere around the state from Queanbeyan to the Hunter Valley and everywhere in between.

We lobbied politicians everywhere and made personal visits with local people with disability to more than thirty NSW MP’s.

We provided support to those people and their families and visited politicians with them if they wanted us to, but essentially this was a grass roots campaign by people with disability meeting their local MP and telling their story to show the need for advocacy funding.

Ray Williams admitted when he made his announcement that there could have been a very different outcome without our campaign – so we know that what we did made a real difference.

We have also spoken with the NSW Labor Opposition Leader, Luke Foley, who has given us a commitment that he will fund us in perpetuity when he is Premier.

The Greens and cross benchers have the same guarantee and the Productivity Commission and NSW Ombudsman have both said publicly that disability advocacy organisations should be properly funded.”

So where to from here David?

The Don’t Silence Us and the Stand By me campaigns have taken over my life since they started.

Advocacy helps all sorts of people with all sorts of issues, from abuse, to discrimination to systemic advocacy to achieve broad policy changes that help everyone.

We should not have needed to be campaigning to keep disability advocacy in 2018 – but we did have to do it and I’m glad we won.  That campaign isn’t over yet of course because we still have no commitment to ongoing funding from the current state Coalition Government or from the minister.

I know that when we work together in solidarity, we can win, and I think the Stand By Me and Don't Silence Us  campaigns are clear examples of that.

I’m also looking forward to doing more work on other important campaigns that advance the rights of all people as part of the ASU Civil Society campaign and the ACTU campaign Change the Rules!

I’m very proud to be union and very proud to be ASU.  Now I want to be part of the future of the union movement by playing an active role as a workplace delegate and ASU member in making sure that workplace rights are restored and there is equity for all workers. 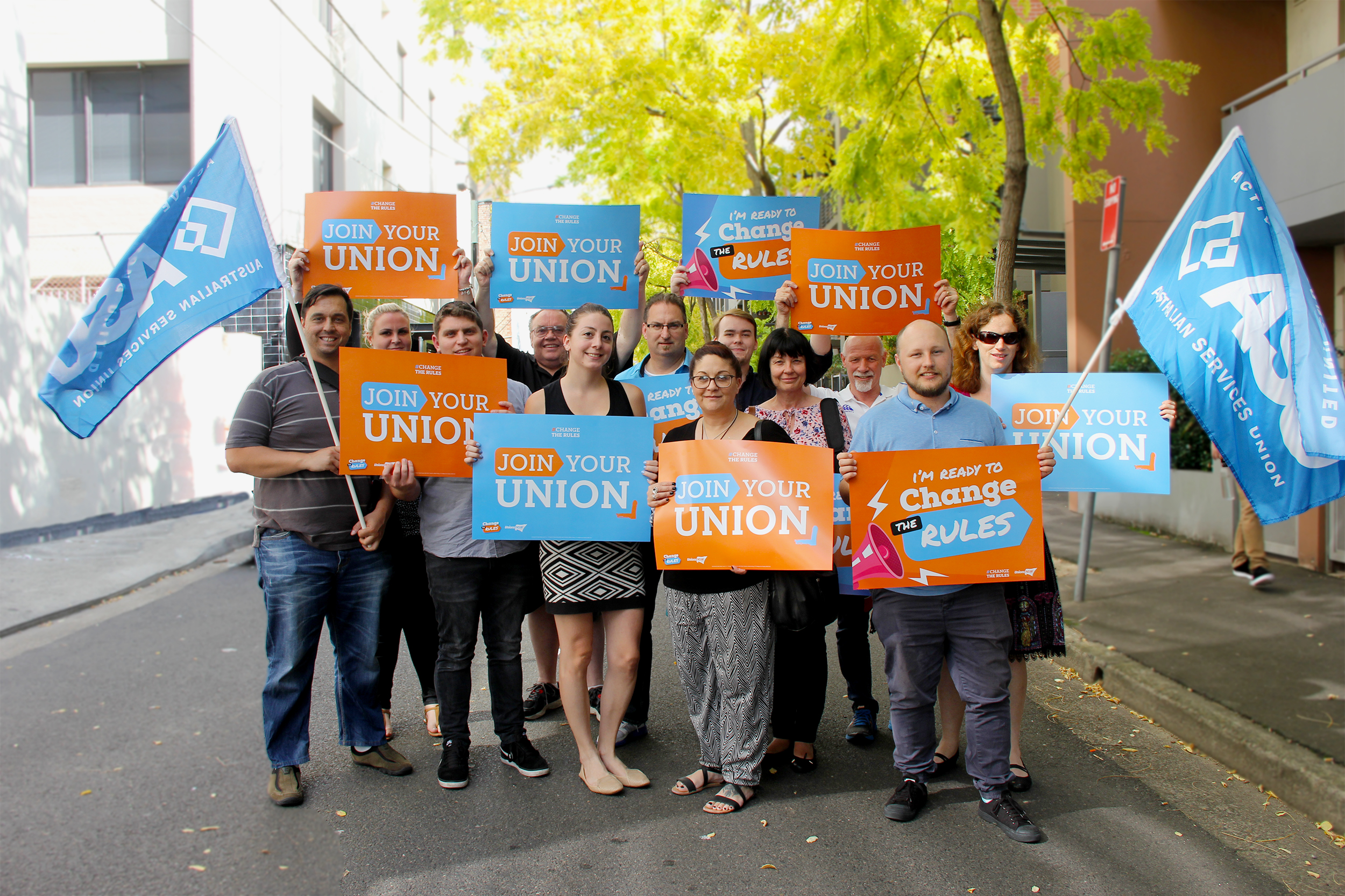 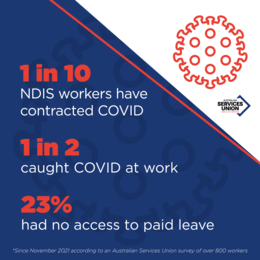 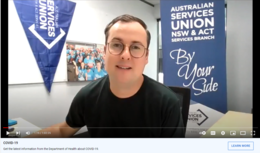