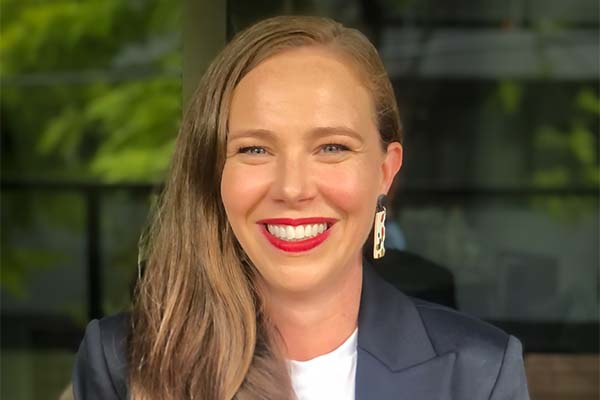 We have had a decade of cuts and destruction under the current Coalition Government and now is our chance to stop the damage.

Right now ASU members’ priorities are front and centre of the election debate:

On Cost of living:

Just this month interest rates have increased by 0.25%. Annual inflation is tracking at 5.1% and is tipped to reach 6% this year

The only thing that has not increased is wages. This means that our weekly pay has not kept pace with the rising cost of living. We need a government that supports measures to fix the cost of living and increase wages.

The Coalition does not support wage increases.

The Labor Opposition does support wage increases and has a plan to reduce costs of essentials like housing and childcare.

Right now, more than 40% of workers are in insecure work. And 1 in 3 community and disability workers intend on leaving their job because they do not have certainty about their pay or hours.

Community and disability workers continue to be insecure in their employment. They need and deserve secure jobs which can be delivered by introducing portable entitlements in our sector.

The Coalition Government has ruled out portable entitlements. The Coalition ministers have told us they do not support long term community sector funding. They have used competitive tendering for community services and will not deliver a price floor. They have no plan to deliver secure jobs in our sector.

The Labor Opposition on the other hand is committed to minimum 6-year funding contracts. Their leader Anthony Albanese has said they will make it a funding requirement to deliver secure jobs. They have said they will explore portable entitlements for insecure workers, like workers in the NDIS and community sector.

On violence against women and paid DV leave:

One in three women experience sexual or family violence in Australia. During the pandemic practitioners reported significant increases in instances of domestic violence. Increased funding to women’s services, more skilled and qualified workers are desperately needed. Paid Domestic Violence leave does save lives and is essential to supporting women to leave violence and live safely in the community – it was even a recommendation of the National Women’s Safety Summit last year.

The current Coalition Federal Government is the only government in Australia that doesn’t support paid domestic violence leave as a universal entitlement for all workers. On top of this the Coalition has foreshadowed in their recent budget major cuts to funding of domestic violence services in 3 years’ time.

In contrast, the Labor Party has said it will legislate for 10 days’ paid domestic violence leave for all workers and will deliver 500 additional skilled and qualified community workers for our sector.

On Fixing the NDIS:

Under the Coalition Government NDIS packages have been cut, by an average of $2700 per person in the last year alone, and the Government has spent $28million in just six months, fighting people with disability in court to stop them getting the supports that they need.

In contrast, the Labor Opposition has said it will deliver training and career paths for workers in the NDIS. It will stop the unfair NDIS cuts. Labor also supports portable entitlements, secure jobs, and better pay for NDIS workers. They have committed to putting people with disability back at the centre of the NDIS and they have committed to doubling the funding for disability advocacy. Indeed, they are committed to valuing advocacy across the community services sector.

With so much at stake – make sure your vote counts.

After years of campaigning, in your workplaces, across your employers and industries and in your communities, right now ASU members’ key priorities are up for grabs:

But this can only happen if we change the government.

If you’re concerned about secure jobs – you need to change the government.

If you need a pay rise – you need to change the government.

If you want to ensure every worker has the right to paid domestic violence leave – you need to change the government.

If you want to see training, career paths and the NDIS being the best it can be – you need to change the government.

If you want to save our community services – you need to change the government.

If you have a loved one in aged care, and want to fix the crisis in aged care – you need to change the government.

If you have children in childcare, or at school - you need to change the government.

If you want to protect and strengthen Medicare - you need to change the government.

If you’re worried about the cost of living – you need to change the government.

Don’t wake up on Sunday May 22nd with any regrets. Make your vote count and ensure that you talk to your friends, family and colleagues about how important this election is.

We are union, and together we are mighty. We can make our members’ working lives better and deliver on our members’ campaign priorities together.

Natalie has worked with union members in the Water, Transport, Airlines, IT, Private Sector and Social, Community, and Disability services industries for over 15 years.

Natalie organised workers in the ASU’s historic equal pay campaign which achieved wage increases of between 23% and 45% for social, community and disability workers.

Natalie has a degree in Social Sciences majoring in Employment Relations from the University of Western Sydney. Natalie lives in the Blue Mountains with her husband and two kids and is a very proud Sydney Swans supporter.