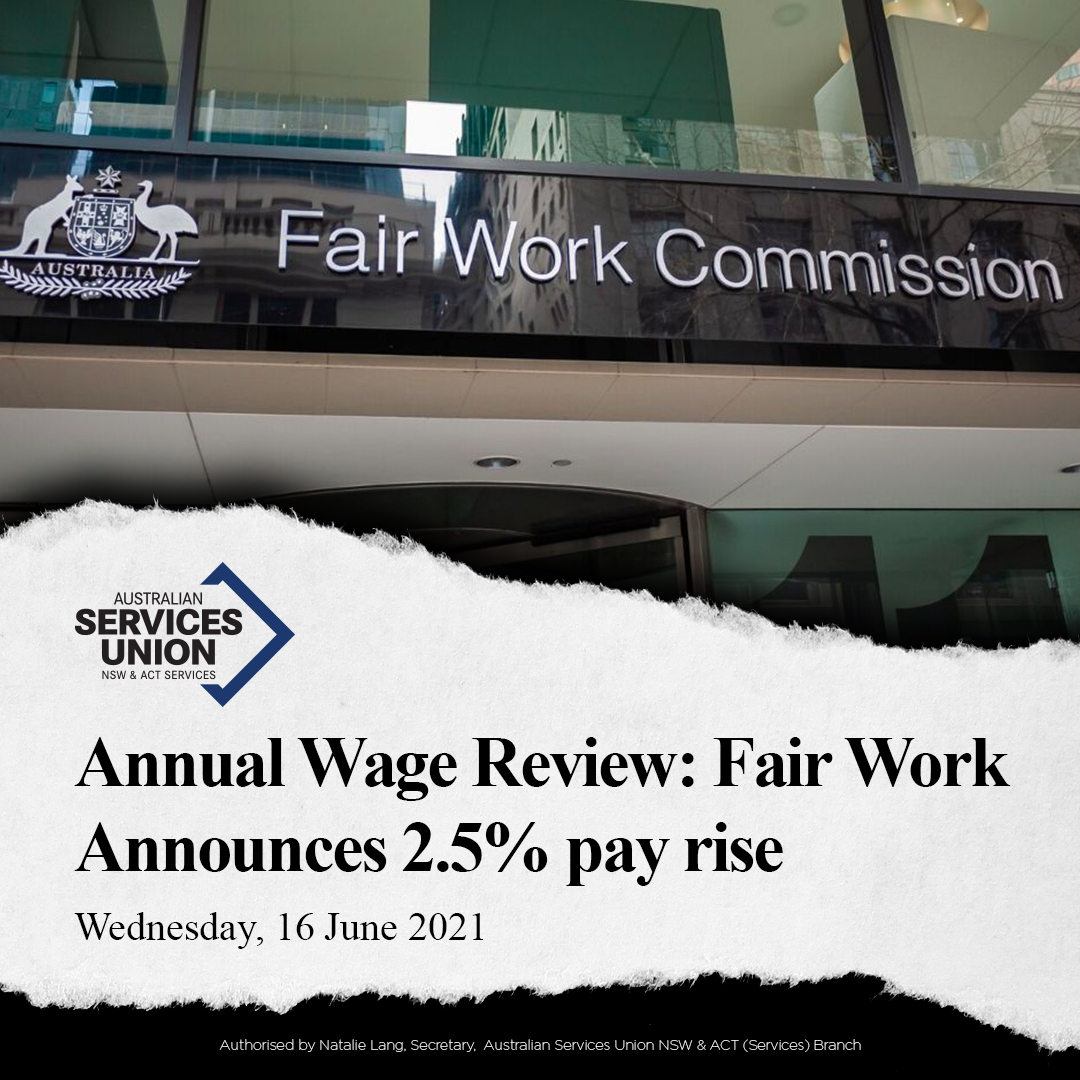 Today, the Fair Work Commission has announced a 2.5% increase to the minimum wage and Award wages.

There are around 2.3 million workers who are paid the minimum wage or have their pay set by awards.

That's around one in five workers in Australia who rely on the annual review for pay increases.

The only people arguing for a wage increase has been the union movement. We are by your side.

There will also be a 0.5% increase to superannuation contributions from July 1, 2021 too.

The ASU, and unions across Australia, argued for a 3.5% pay rise - or $26.38 per week for a full-time minimum wage worker - in our submission to the National Minimum Wage Review.

The FWC said they were concerned about the impact of the vaccine rollout on the economy.

Big business argued that workers should only get 1.1% - but the Fair Work Commission listened to unions, and awarded a fairer increase.

Want to know what happened at the Fair Work Commission this afternoon? @sallymcmanus has the info you need to know. pic.twitter.com/QgW6lDMdVY