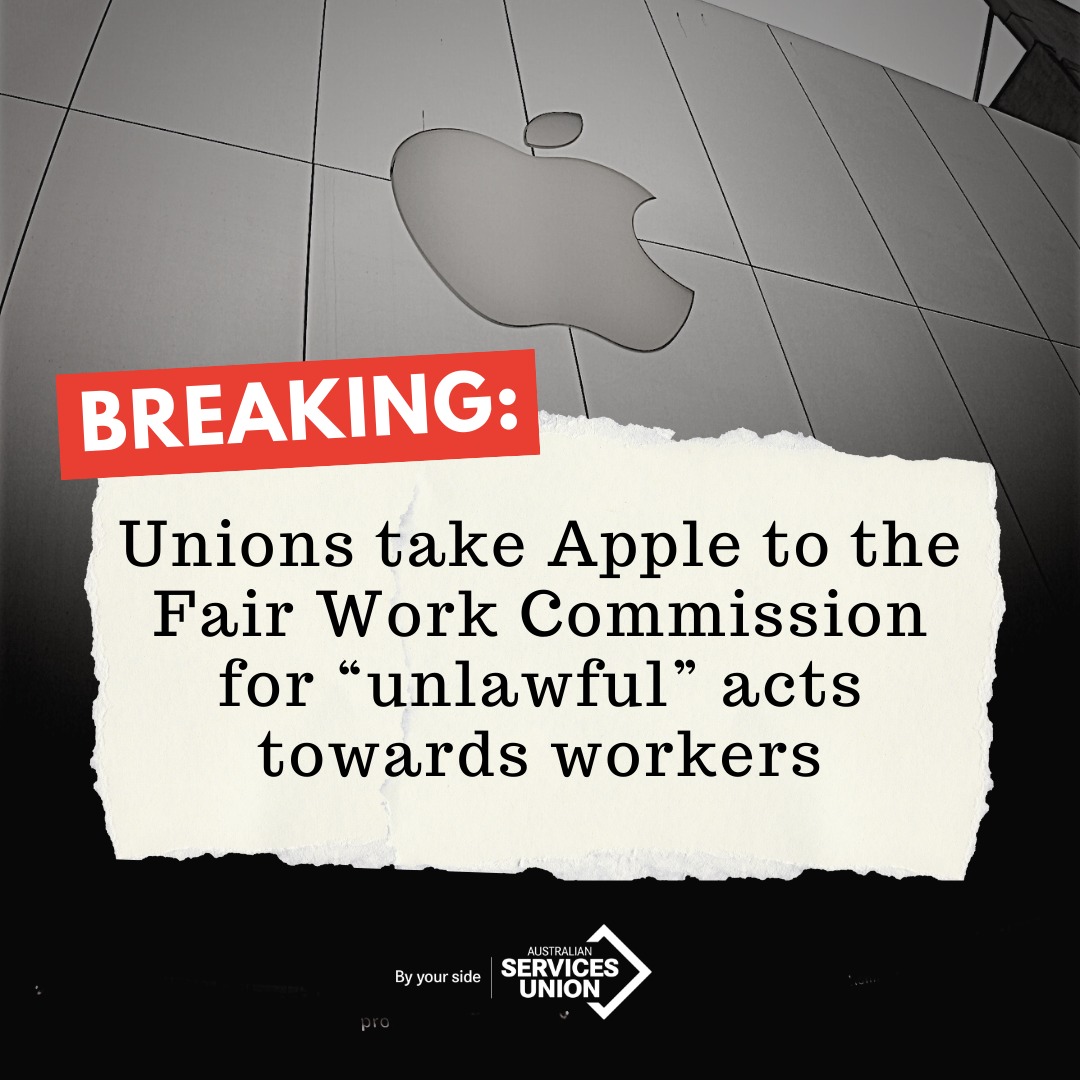 200 ASU members working at Apple united last week to speak about how to win the best outcome in the new Apple Enterprise Bargaining Agreement - despite company attempts to obstruct meaningful engagement between Apple workers and their unions during bargaining.

Apple, one of the world’s richest multinationals, is trying to rush though a new Agreement that would mean real wage cuts for over 4000 Australian workers and leave people working up to 60 hours without overtime.

To ensure member voices are heard, the Australian Services Union is taking action in the Commission. Apple workers must have the chance to have their say over their own working conditions.

“On the eve of the National Jobs Summit when employers and workers are supposed to be finding common ground and working together for a fairer workplace system, Apple’s actions are out of step with the community’s expectations.” - Emeline Gaske, Assistant National Secretary, ASU.

Apple’s actions reveal what is wrong with Australia’s bargaining system. Employers have far too much power and the system needs to be fixed. This is why it's important to band together and join your union! www.asu.asn.au/asujoin 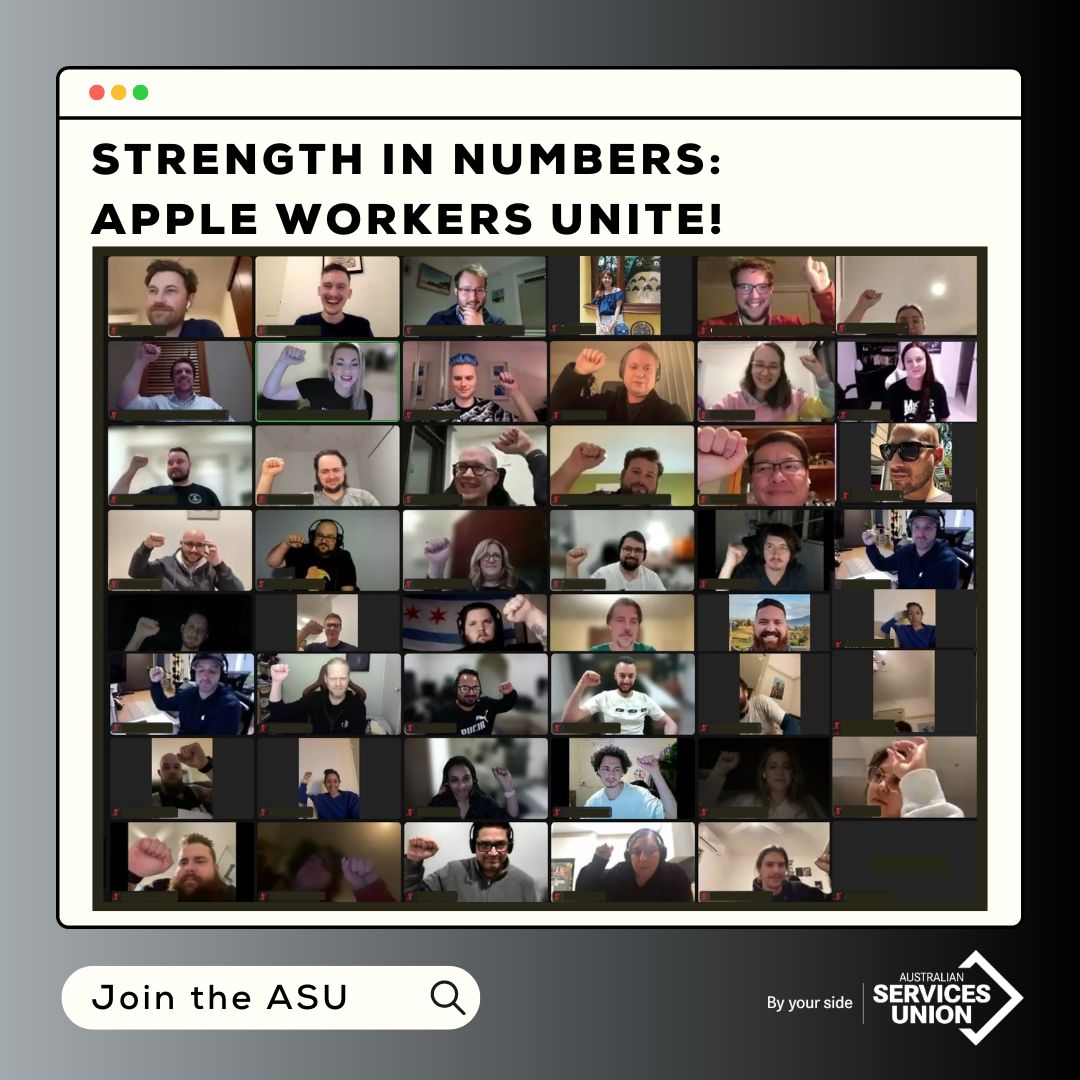