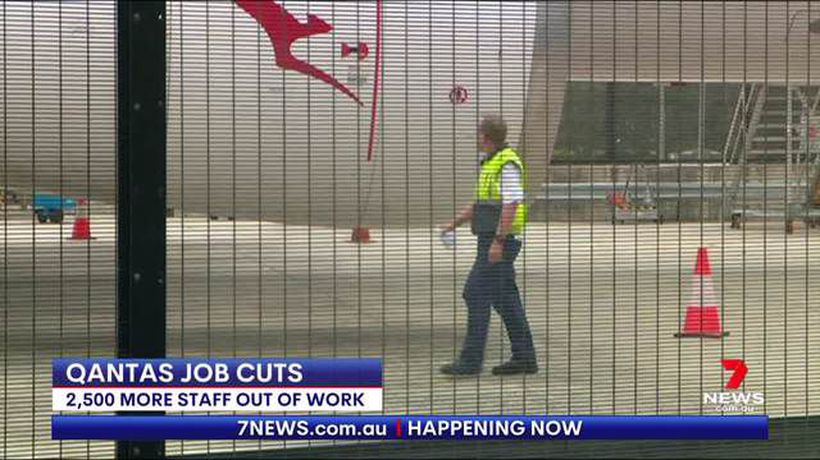 Qantas’ announcement that they are outsourcing their entire groundhandling operations and cutting 2500 jobs is nothing short of devastating, and is further evidence that the Morrison Government has turned its back on aviation workers.

We send our support and solidarity to every single worker at Qantas today, as well as their families and communities.

This announcement comes on top of 6000 job losses at Qantas that have already been announced.

That means we are now losing at least 8500 highly skilled and experienced workers from Qantas, adding to a further 3000 from Virgin Australia. The aviation industry is being decimated by this pandemic, while the Government stands by and does nothing.

It is a shocking double standard that Alan Joyce has resumed receiving his multi-million dollar salary, but can’t find money to pay the workers who have built his wealth.

How can it be that Qantas has received half a billion dollars of taxpayers’ support through measures like the JobKeeper subsidies without the Government putting conditions on workers continuing to be directly employed?

The Federal Government has refused time and time again to put in place a comprehensive aviation industry support plan and extend JobKeeper to all aviation workers.

On 25 August 2020, Qantas Group made the shocking announcement that it intends to consider outsourcing Australian Airport ground operations performed by Qantas Airlines, QGS and Jetstar Services staff working in ramp, baggage handling and fleet presentation at 11 Australian Airports. This work is covered by the Transport Workers Union (TWU) who have rightly come out and condemned this action which will affect around 2500 staff most of whom are stood down and on Jobkeeper. There are no words to describe this heartless act at a time when we are in the middle of a global pandemic and there have already been significant redundancies and loyal hard working staff are suffering already financially.

What we know so far

The company has indicated that it will review ground operations over the next three months. The review includes a tender process for the work and we understand that both Qantas and Jetstar are asking a range of ground handling companies to tender for the work which we believe will include Dnata, Menzies, Swissport, Oceania and probably some others. These companies may or may not decide to submit tenders. The TWU’s Qantas EBA contains a clause that also allows an inhouse Qantas team to bid for their work so it is possible that there will be an in-house bid from TWU-covered workers at least in Qantas and potentially in QGS and Jetstar which may occur by negotiation.

This current decision does not affect ASU covered customer service workers at airports but it may affect some ASU members in roles that relate to work performed in TWU covered positions if the company ultimately decides to make a decision to outsource the work to outside companies. We are trying to establish exactly which ASU jobs could be affected if the work is outsourced.

What the ASU is doing

We are seeking urgent discussions with Qantas Group. We want to understand how this decision will affect our members. We will also be seeking a commitment from the Qantas Group that it does not plan to outsource ASU covered functions as well. We hope to have a meeting with airport delegates and senior airport management at both Qantas and Jetstar in the next week.

People are rightfully worried that Qantas / Jetstar will decide to extend their tendering process to customer service despite the current assurances.

Long term members will remember that we have been through a competitive tendering /outsourcing process at Qantas Airways for customer services in the late 1990’s / 2000s.  ASU members formed local teams and worked together to build in-house proposals. Ultimately, ASU in-house Qantas teams won the bid in every port that was put to tender, which were exactly the same airports that are currently under review. The TWU also formed teams and they too were 100% successful.

This was not a pleasant process but it showed the rhetoric about cost savings and smarter ways of working from outside organisations was just that ….rhetoric. There are better ways of working with staff than threatening their jobs by tendering in the middle of a global pandemic but clearly the lessons of the past have not been learned by current management who have pulled out the old handbook.

We are also talking to the TWU and will offer any support that we can to their members and your colleagues and we know members will too.

We will definitely keep you posted about what develops and provide regular updates.

Whatever happens, the ASU is by your side. We will be working hard to protect jobs, conditions and pay as we always have.